Caleb W. Lack, Ph.D. is a Professor of Psychology and the Counseling Practicum Coordinator in the Department of Psychology at the University of Central Oklahoma. He also directs the UCO Psychology Clinic, a training site for graduate students in counseling, school psychology, and applied behavior analysis. 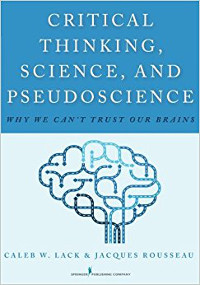 A licensed clinical psychologist, Dr. Lack is the best-selling author or editor of six books on topics from critical thinking and pseudoscience to racism and sexism in early psychology to various kinds of psychopathology. He has also authored more than 50 scientific publications relating to the assessment and treatment of psychological problems such as Obsessive-Compulsive Disorder, Tourette’s Syndrome, pediatric mood disorders, and posttraumatic stress. In addition, Dr. Lack has presented nationwide and internationally at conferences on a variety of topics, is on the editorial board of scientific journals, and is a reviewer for both journals and granting agencies.

Dr. Lack’s clinical interest in evidence-based practice developed while in graduate school for Clinical Psychology at Oklahoma State University and during his predoctoral internship in Clinical Child/Pediatric Psychology at the University of Florida. He specializes in the treatment of children and adults with anxiety disorders and obsessive-compulsive and related disorders, such as chronic tics, Tourette’s Syndrome, trichotillomania, and excoriation. He has consulted for and been interviewed by local, national, and international media outlets. 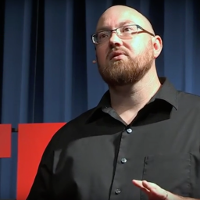 In addition to courses on his clinical and research specialties in the anxiety disorders and evidence-based psychological practice, Dr. Lack also teaches undergraduate and graduate courses on critical thinking, science, and pseudoscience. He writes the Great Plains Skeptic column on the Skeptic Ink Network, as well Separating Truths and Myths for the Center for Inquiry. He presents about skepticism and critical thinking frequently and is active in local freethought activism on college campuses and in the community.

A native Oklahoman, Dr. Lack grew up in the rural community of Mountain View, where his parents still reside and farm and ranch on land that has been owned by the family for close to 100 years. He currently resides in Edmond, Oklahoma with his brilliant son and various livestock on a wonderful little property called Freethought Farm.