A Message from the Founder and Project Leader, Dr. Darrel Ray 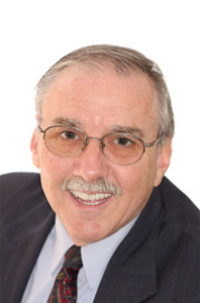 In my work with the secular community I have heard many stories from people who consulted a mental health professional only to find out after several sessions that the professional was spiritual or religious or had new age ideas. Investigating, I soon learned that it is quite difficult to find a therapist that is actually secular or will only use evidence based methods with a client.

Secular therapists don't advertise that they are humanist or atheist because that might alienate the churches and ministers who often make referrals to them. It might also drive off religious clients. Too many people have told me that they simply cannot find a therapist in their community who is not religious. On the other hand, I know that there are thousands of secular therapists, so how do we get these clients together with therapists.

That is the task that Han Hills and I decided to tackle in 2011. We went live with the site in April of 2012 and are seeing clients and therapists finding each other and hopefully engaging in productive, life enhancing work. This entire effort was done with no budget and a lot of time and talent, especially on Han's part. You can support this effort and help us grow in one or more of three ways:

Dr. Darrel W. Ray is author of four books, two on organizational team issues, The God Virus: How Religion Infects Our Lives and Culture which explores the social-psychology of religion and his latest book, Sex and God: How Religion Distorts Sexuality. He has been a psychologist for over 30 years, practicing counseling and clinical psychology for 10 years then moved into organizational psychology and consulting. He has been a student of religion most of his life and holds a MA degree in religion as well as a BA in Sociology/Anthropology and a Doctorate in psychology. 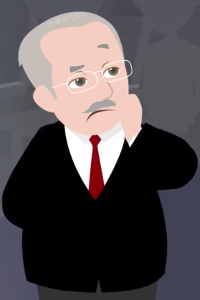 Born into a fundamentalist family and raised in Wichita, Kansas, he was surrounded by religion while growing up. He had a grandfather who preached for 40 years, cousins who were preachers and missionaries, and his parents became missionaries when they retired. For decades, he has been intensely curious about the mechanics of religion, how it influences and infects people's minds. He wrote The God Virus in response to a need for a simple and practical understanding of religious mechanics. Something anyone can understand.

While Dawkins, Hitchens, Harris and Dennett have written eloquently about religion, these authors are less accessible to those who have little knowledge of philosophy, biology or religious history. Of the thousands of religious books and hundreds of sociology and anthropology books, few if any explain the methods religion uses to infect and control people and cultures. The God Virus and Sex and God, explains in common, understandable terms, religion and its consequences on individuals and society. 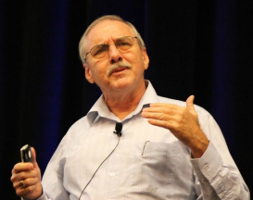 Darrel is the father of two adult children and has two grandsons. His hobbies include mountain climbing, flower gardening, and reading. In early 2009, he founded the rapidly growing movement called, Recovering from Religion. You can learn more about this movement at www.recoveringfromreligion.com. In 2011, he turned the organization over to a new executive director, Jerry DeWitt, and became the chairman of the board of this rapidly growing organization.

Dr. Ray travels extensively and speaks in may places about the ideas presented in Sex and God, The God Virus and his research on sex and secularism and recovering from religion. Please look at his book tour schedule to see if he will be in a place near you soon or contact him directly at IPCPress.com to book an engagement.